A re-imagining of composer Richard Wagner’s “Götterdämmerung” (“Twilight of the Gods”) — the final work in his four-opera epic Der Ring des Nibelungen — the performances took place last year in a Detroit parking garage.

“I remember car alarms going off, people yelling in the street,” said Martin of the production, staged across from the Detroit Opera House to conform to COVID-19 guidelines. But Martin found the experience so rewarding she will reprise her role as Waltraute in Lyric Opera of Chicago’s local premiere produced in collaboration with MOT.

The production works like this: Tuning their car radios to select FM frequencies, eight or nine cars pull up to a scene or installation where one or two vocalists and instrumentalists perform for five to 10 minutes. The cars then move to the next installation to make room for a new group of cars.

Unconventional but safe, the production lasts 60 to 70 minutes compared to the original, which typically runs more than five hours.

A Ring veteran, Martin performed Wagner’s epic cycle with the Houston Grand Opera, Washington National Opera, Boston Symphony Orchestra, Dallas Symphony and the Lyric, whose highly anticipated revivals were canceled in response to the pandemic. She describes the Michigan production, where audiences watched the opera from inside cars only a few feet from the performers, as “an amazing experience.”

“Once you began singing you could see them. Their faces would change,” she said. “You could tell people needed to hear live music as much as we needed to perform it.”

The origins of “Twilight: Gods” date back nearly a year, following Lyric’s March 13, 2020, announcement of the pandemic-related cancellation of its highly anticipated Ring cycle — an event six years in the making.

Like many, Martin thought the coronavirus-related cancellations would be temporary. They weren’t, which was particularly disappointing for the singer, who also had a Wagner role lined up with The Dallas Opera. 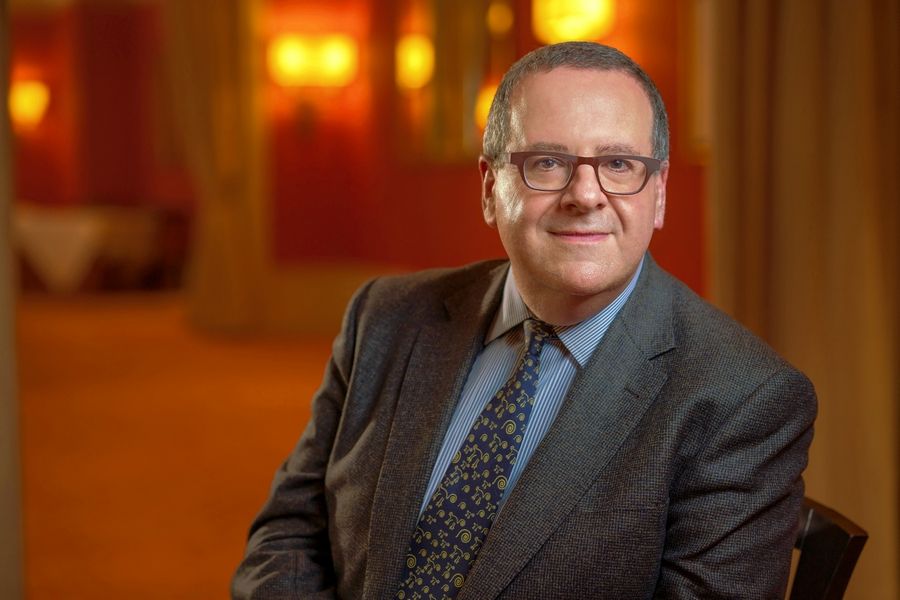 “I was getting some traction, singing larger roles,” she said. “I felt I lost a little momentum.”

The down time took an emotional toll as well.

“What I wouldn’t give to be around other people making music,” she said, “it would bring me to tears. I’ll never forget the gratitude of being in a rehearsal room again.”

Like Martin, Lyric general director Anthony Freud thought the shutdown would be temporary. Forced to cancel the season, Freud began contemplating adopting a virtual platform. He approached Sharon, Lyric’s creative catalyst responsible for developing innovative programming and an “absolute visionary” that Freud describes as a “brilliant operatic and theatrical inventor.”

Over the next few months, Sharon came up with the idea of re-imagining “Götterdämmerung,” a proposal both “brilliant and wonderfully crazy at the same time” that helped ease the sting of the canceled Ring cycle. With Sharon’s appointment as MOT’s new artistic director, a collaboration was born, Freud said.

Staging the opera in a parking garage “is an inherent part of Yuval’s idea,” said Freud. “With COVID in mind, he wanted to create a scenario where the entertainment could be live, but we could ensure the public was safe.”

“The health and well-being of artists, staff and audiences is priority number one for us and always has been,” said Freud.

Sharon, who translated Wagner’s lyrics from German to English, distilled “Götterdämmerung” to its core themes of a corrupt society in decay on the verge of collapse, Freud said.

“From a creative point of view, it’s very clever and very profound,” he said. “Twilight: Gods” “is much more than a novelty.” He describes the production not as an alternative to the original but as a type of radical reinvention. To that end, Lyric commissioned Chicago poet avery r. young to pen a narrative linking the scenes. A Detroit poet did the same for the Michigan production.

Lyric will film the sold-out performances for a video set for release during the summer.

Ultimately, “Twilight: Gods” reflects not only Lyric’s devotion to opera and its audiences, but to the future.

“We’re energized by the challenges,” said Freud, who remains “profoundly optimistic about the future bearing in mind the post-COVID normal will be different from pre-COVID normal.”

“We’re committed to reinventing ourselves,” he said, “our determination is not to survive but thrive.”

As for Wagner’s epic opera quartet, “I have no doubt the Lyric and Wagner’s ring will meet again in our opera house,” Freud said. “We are still mourning its cancellation, but we’ve moved on and are focusing on the future.”

Tickets: Sold out, but performances will be filmed by Lyric Opera of Chicago for release later this year. See lyricopera.org